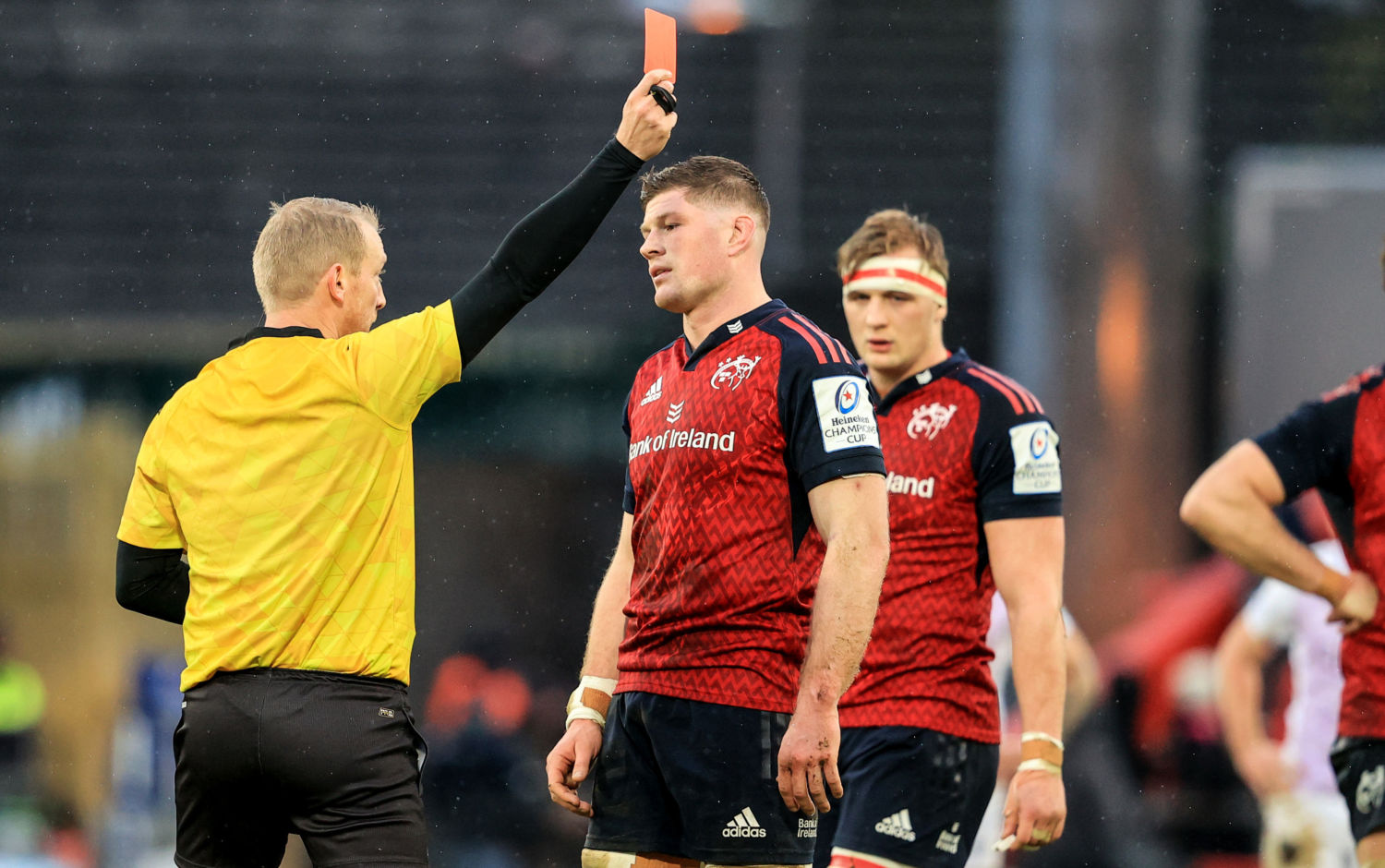 Waterford’s Munster back-row forward, Jack O’Donoghue, has picked up a three-week ban following his sending off against Northampton Saints in Thomond Park on Saturday last but he could be free to return to action after missing two games.

This Sunday’s Champions Cup clash away to Toulouse will be the first game that the Woodstown man will not have been involved in this season.

He was read carded for a dangerous tackle on Saints lock Dave Ribbans in the 22nd minute of Munster’s 27-23 Heineken Champions Cup win at Thomond Park and faced an independent disciplinary hearing on Wednesday night.

The disciplinary panel deemed the offence to be at the mid-range of World Rugby’s sanctions, carrying six-week suspension but the Munster forward was given 50 per cent mitigation due to his clean disciplinary record and the punishment was reduced to three weeks.

This would mean that O’Donoghue could return to play on February 20 but the Waterford man could have his ban reduced to two weeks if he participates in a World Rugby coaching intervention programme, nicknamed “Tackle School.” This would make him available for the visit of Ospreys on February 17.

Both O’Donoghue and Champions Cup organisers EPCR have the right to appeal the decision.