“Let’s not moan about it” 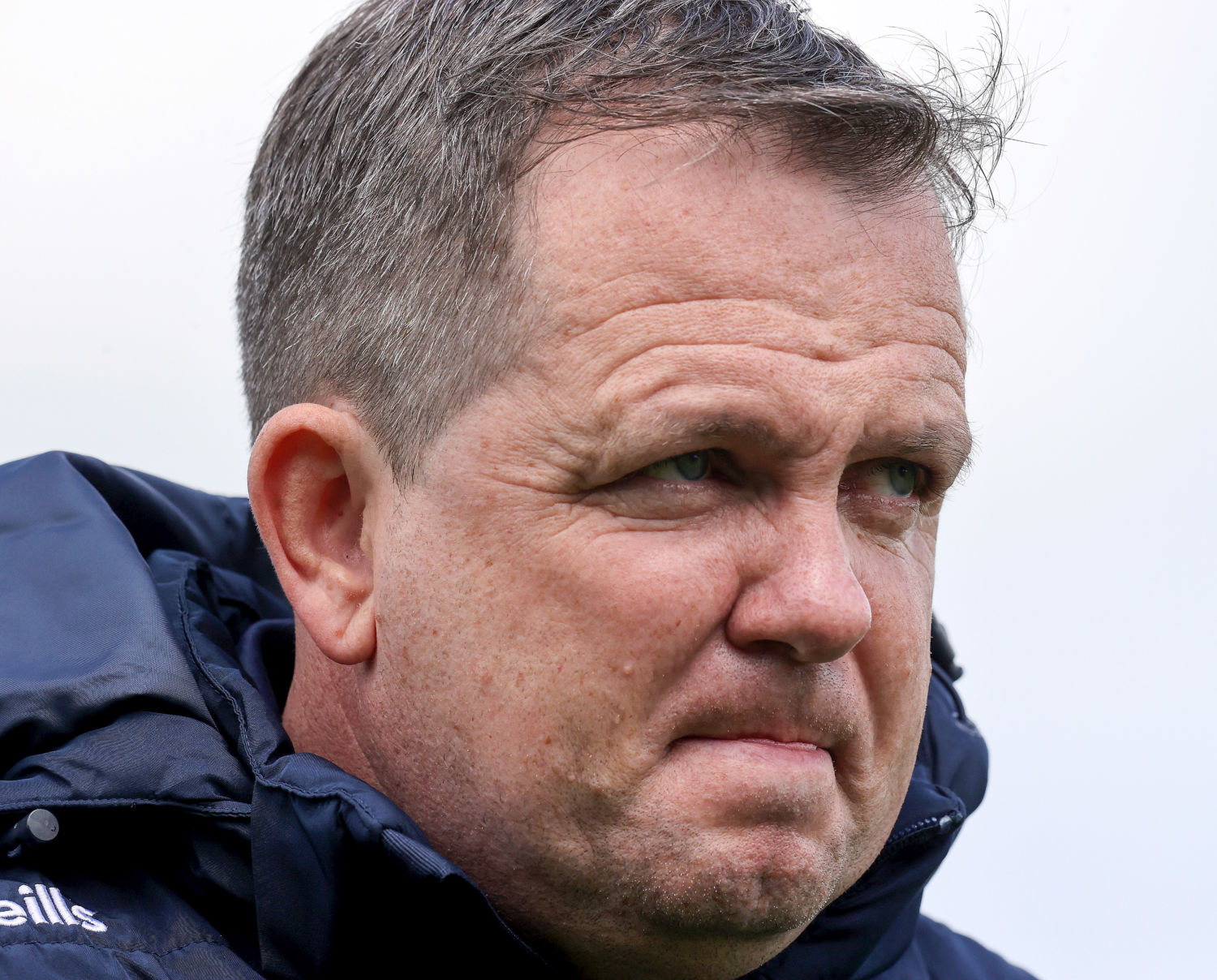 Davy Fitzgerald has asked Déise supporters to get behind his team and the county board despite the news that Waterford won’t have any home games in Walsh Park this year. Photo: Inpho.

Davy Fitzgerald has called on Waterford supporters to back the county board on their plans for Walsh Park.
The city ground will be unavailable to the hurlers for the 2023 league and championship as Phase 1 of the redevelopment will take place over the next six months. The Clare man won’t be using it as an excuse however if his team don’t get out of Munster this summer.
“You’d love to have your home games at home, we all know that,” Fitzgerald told WLR’s Gavin Whelan after Sunday’s loss to Clare. “That’s what we would love but, in saying that, having talked to the county board, we know that they have a job to do. There has to be work done on Walsh Park, end of story. We’ve got to do it. Let’s do it, let’s not moan about it, stop making excuses for ourselves. Wherever we’re going, we’re going and we’re going to give it a 110 per cent. We’ll have our home back then and done up next year and that will be it. Support the county board. Stop this nagging and going at people, they’re doing their best. They’re raising money to get it up to a good standard for club and for county. We talked about it as a panel and we said ‘that’s it, we support them and we drive on.’ That’s the way we’re going to approach it as a Waterford panel and management. Support them and let them get the job done. We’re not looking for excuses come April or May, we just want to get ourselves right.”

‘JUST STAY WITH IT’
He was reluctant to reveal where he would like to play those provincial matches against Limerick and Clare. “We’ll see. We might have an idea ourselves but we’ll hold tough for the moment and see what the story is. Big fields aren’t bad for Waterford, really big open spaces. We’ll see what comes down the line. There’s enough negativity in the world outside there, can we just stop and turn a corner and support the county board and support the team. If we win or lose, just stay with it. As I’ve often said, if I can’t do it in the three years, we’ll let someone else have a go at it. If we’re all together on the one page, we’ve a good chance of winning, that’s all I’ll say.”

‘WE’RE NOT THAT TYPE OF TEAM’
Waterford missed out on the Munster League final but Fitzgerald was experimenting with players and experimenting with tactics. “It was a bit better than when you were here the last time anyhow. That’s number one. Disappointed with the second-half performance but we actually changed something at half time. These are games that you’re trying stuff in. We changed something a small bit and it didn’t work. That’s what we’ve got to do to. Believe it or not, when we stopped running the ball at pace, we were in trouble. I heard one or two fellas in the stand saying ‘hit it’, every time we hit it, it was coming back at us as quick. We’re not that type of team. We tried something different in the second-half, it didn’t work but we were there, we had a chance to win the game. I thought we were decent in the first-half. We’re a bit vulnerable when we don’t get that extra man back. You watch the Limericks and you watch the Kilkennys of this world, they get ten, eleven, twelve bodies back into their defence and flood it all the time. I want to be more attack minded if I can. We didn’t do too bad. If I named out the fellas that are still to come back, you could hit eight or nine.”
He wasn’t happy with the goal they gave away to Aron Shanagher. “We were too loose in the second-half, way too loose, giving too much space. That’s been happening for the last number of years. We have to tighten at the back a small bit. I don’t care whether people like it or don’t like it. We have to tighten a bit better. We have to look at that and address that and we are addressing it. Today is one way of playing, we have other ways of playing. We’ll do that. I’m still confident. This bunch is working really hard. I’m happy that we’ve tried out a serious number of players already in the two games we’ve played and the few challenge games. The one thing we’ve got to do is try and have a good Munster championship if we possibly can. We’re here for two years; we’re going to give it absolutely everything we have. Those lads, I wouldn’t say anything bad about them, they’re working very hard.”