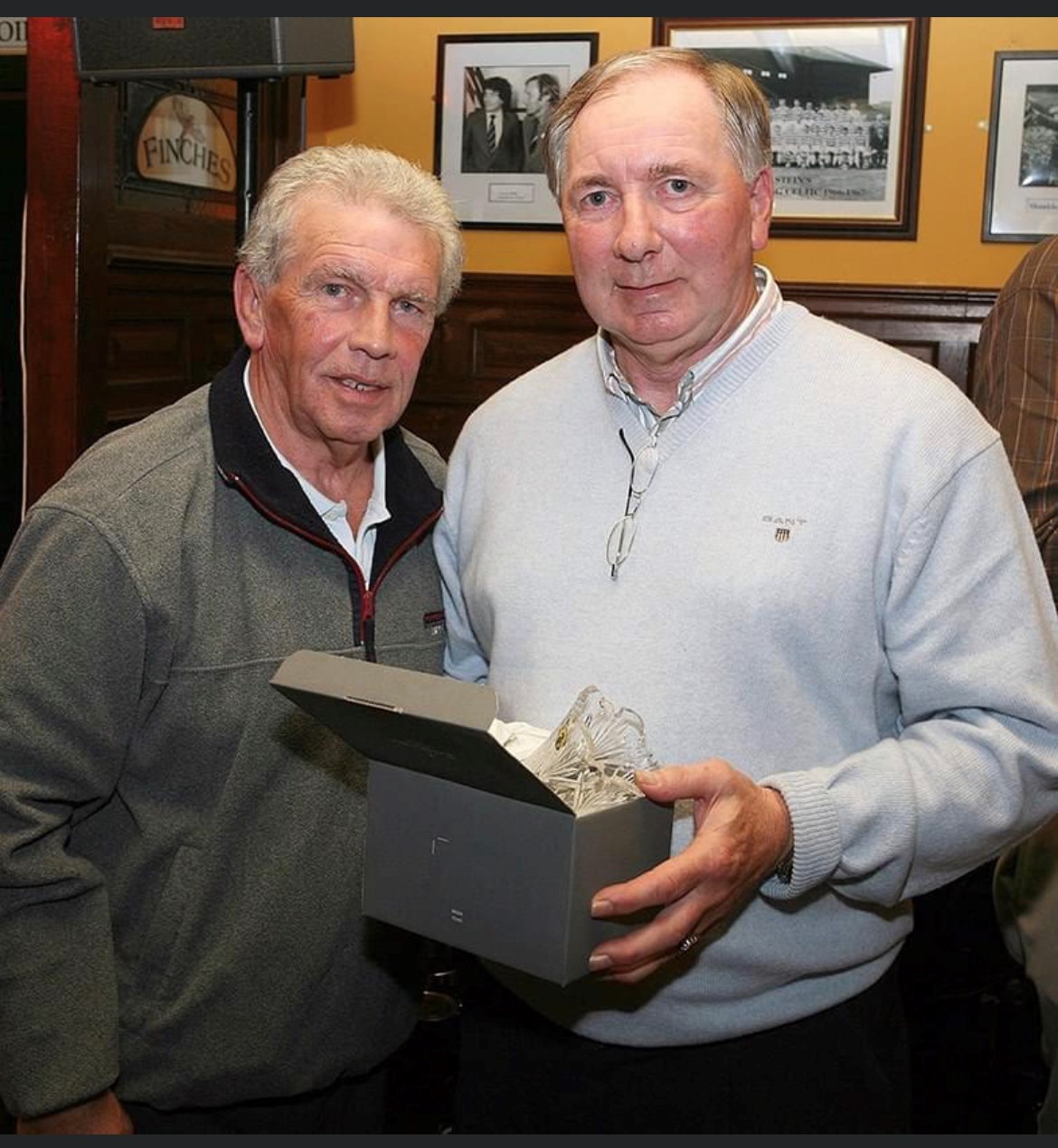 The late Peter Thomas pictured with Johnny Giles at an event held at Alfie Hale’s back in 2017.

Peter Thomas, who was recognised as the greatest ever goalkeeper to play for Waterford in a career that spanned two decades, and yielded five league titles and the FAI Cup, has died at the age of 78 following an illness borne with great courage, determination, and strength.
Back in the day when Waterford were winning league title after league title, Thomas was the man that inspired many fans with some outstanding performances during a spell that saw him don the Blues jersey on nearly 600 occasions across 16 seasons.
Still talked about as the greatest goalkeeper to ever play the game this side of the Irish Sea, the man that came from Coventry behind his great friend, the late Johnny Matthews, made Waterford his home, and the news of his death has brought a great depth of sadness to the local football community.
After starting his footballing career as a centre forward, it was an injury that saw Thomas turn his attention to playing on goal where he went on to be one of the most recognised and influential netminders to play the game this side of the Irish Sea.
Born in Coventry, he came to Waterford on-loan a year after Johnny Matthews left the English club for Suirside back in 1966. With Tommy Taylor playing between the sticks for the first League Championship win in 1966, Thomas got his chance to impress in a friendly against Bristol City. 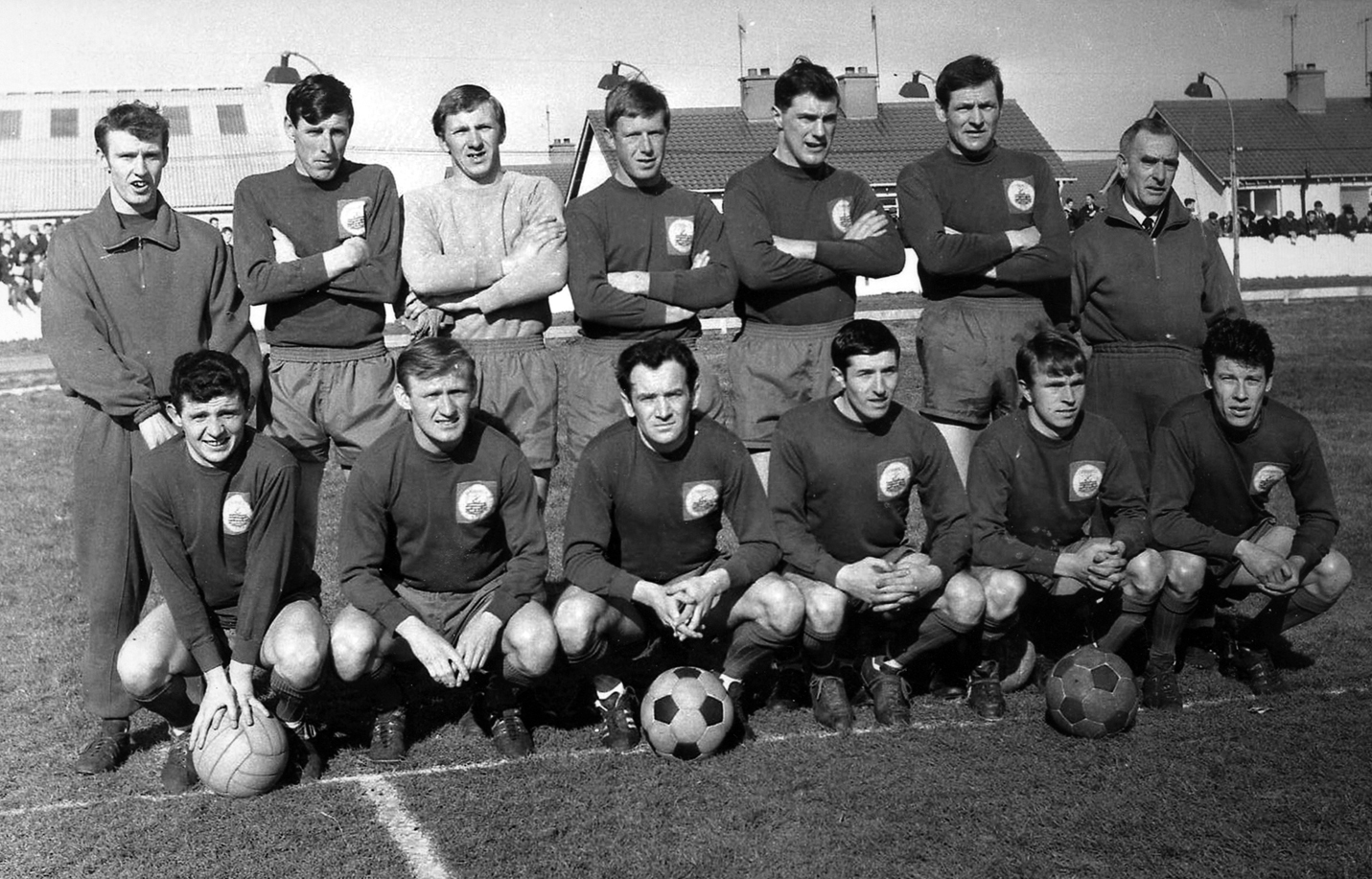 A RELATIONSHIP BUILT
The Blues drew that game 2-2 with the then second division side, and with Thomas saving a second-half penalty in that game, the deal was struck, and he was invited on tour with Waterford to Holland where he took full advantage of an injury suffered by Taylor early in the tour.
After returning to Coventry where it was expected that Thomas would remain with his hometown club, it was under pressure from Mick Lynch that saw the great Jimmy Hill allow the goalkeeper to go on-loan until he was recalled to the Sky Blues after their regular keeper Bill Glazier suffered a broken leg.
But in 1967 he returned to the Blues, and like Matthews never returned back to the UK, as he remained at the club until 1975 where he lifted five league titles with the club, and was recognised as the man that brought a new style of goalkeeping to the League of Ireland.
After lining out for the League of Ireland XI, he moved to the United States in 1975 where where he played for the Washington Diplomats of the North American Soccer League, whilst having spells at the Utah Golden Spikers of the American Soccer League, and the Las Vegas Quicksilvers. He finished his North American career with the Sacramento Gold of the ASL in 1978, before returning to Waterford that same year.
From 1978-1982, Thomas made 114 appearances for the Blues with one of the biggest coming when he kept a cleansheet that saw him gain revenge for losing the 1972 FA Cup Final to lifting the famed trophy in the Blues’ success in a 1-0 win over St. Patrick’s Athletic back in 1980 whilst also playing 12 times in Europe for the club.
Although he was a native of England, Thomas won two caps for the Republic of Ireland after becoming an Irish citizen where he made his debut back in 1973 against Poland only to play a half after coming off injured, before playing against Brazil a year later.
Thomas was always around the Blues even after his retirement as a player back in 1982, and his testimonial was a big hit as he was held in the highest esteem for his on-field exploits with the Blues that saw an array of talent that included the late Brendan Bowyer play a night held in his honour.

THE BLUES’ GREATEST
On that occasion, he proclaimed that the comeback win over Cork Hibs in 1972 with ten-men after being two goals down, and playing in front of 120,000 fans against Brazil as his two greatest achievements in his glittering and brilliant career.
After his wonderful career with the Blues, Peter played and later managed Tramore AFC (the town that he made his home).
In an era and time when fans flocked to Kilcohan Park and all over the country to watch the Blues, many were in awe of the displays of Peter Thomas. His countless saves, breath-taking moments, and wonderful memories will be forever etched in the folklore of Waterford football.
He never liked to concede a goal. What keeper does? But Thomas ensured that Waterford won matches with displays of sheer brilliance that still have people that were lucky enough to see his greatness still talking about the man that came for a short time, but lasted a lifetime. Those that loved Thomas will shed a tear, the rest of us that didn’t get to see him play, will applaud a man that gave his all as a player for our beloved club.

To Peter’s wife Anne; his loving children Sandra, Alan, Peter, Anne Marie and Lisa; his adoring grandchildren Jason, Rebecca, Darragh, Darren, Jean, Luke, Sadie, Hannah, Sienna, Evan and Ollie, his mother Gladys and devoted brother David; his daughters in-law Carol and Emma; sons in-law Paul, Cillian and Ken, we offer our deepest and sincerest sympathies on the loss of a man that adopted Waterford as his home and gave so many treasured and precious memories.

Peter’s remains will be reposing at Falconer’s Funeral Home, Riverstown, Tramore, on tomorrow, Friday, January 20, from 5pm to 7pm.

Peter’s Requiem Mass will take place on Saturday, January 21, at 11.30 am at the Holy Cross Church, Tramore, with burial immediately afterwards in St. Declan’s Cemetery.

May he rest in peace. 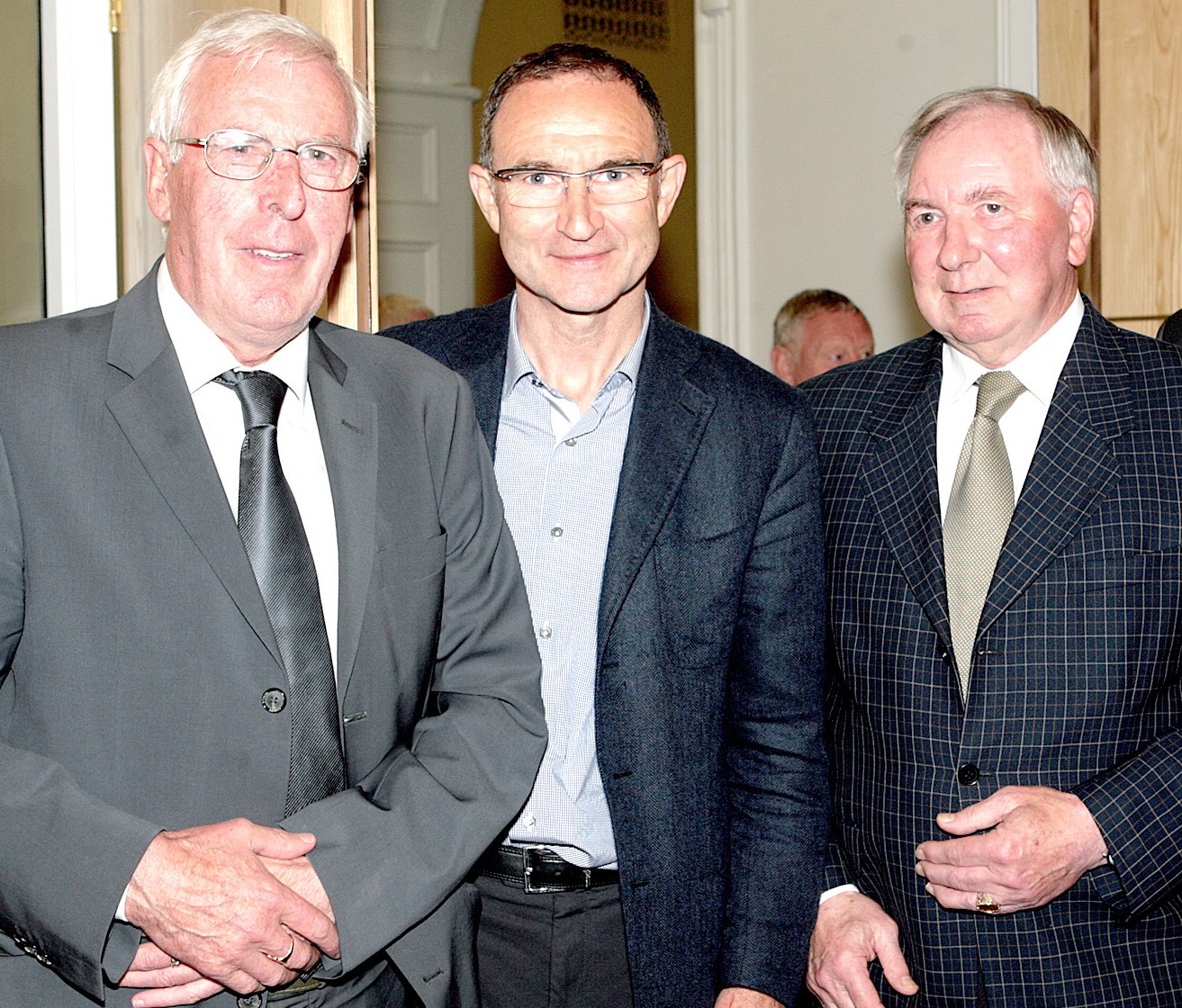