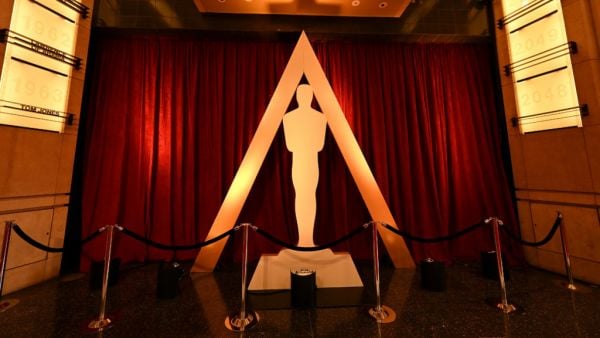 An Irish Goodbye actor James Martin has said he “burst out crying” after being informed the short film had been nominated for an Oscar.

The film, which is set in Northern Ireland and follows two estranged brothers who come together after their mother’s death, has been nominated in the best short film category at the 95th Academy Awards.

Martin, who plays Lorcan, spoke to Channel 4 News about finding out the film had been nominated while on holiday in Spain with his parents.

He said: “You see when you go to Spain, in a shopping centre, and you burst out crying your eyes out with your mum and my dad beside you. I just can’t believe it’s gone that far.

“Of course, tears of joy. It’s just nice to have that and just the writers, Tom and Ross, for creating this movie, An Irish Goodbye. It’s going fantastic for them, even though they’re 24, but they’ve done this really well.”

The black comedy, which was filmed on location in Derry, Templepatrick and Saintfield, is directed by Tom Berkeley and Ross White.

Set on a farm in rural Northern Ireland, it tells the story of estranged brothers Turlough, played by Seamus O’Hara, and Lorcan, as they are forced to reunite following the untimely death of their mother, portrayed by Michelle Fairley.

Following the discovery of an unfulfilled bucket list belonging to their mother, the brothers’ reunion takes a different course entirely.

While speaking to Channel 4 News presenter Matt Frei, Martin, who has Down’s syndrome, also revealed the date of the Oscars ceremony, March 12th, is his birthday.

“It’s just amazing how that comes about even though the Oscars are in America, and even though it’s on the day of my birthday this year,” he said.

When asked what he plans to wear on the Oscars red carpet, Martin replied: “My dad has a lovely leopard-skin jacket that I might wear at the Oscars and hopefully a nice dicky bow and a nice shirt of mine, it’ll go down a treat hopefully.”

Asked if he plans to keep his current coffee shop jobs in Belfast if the film wins the Academy Award, Martin said: “I love my coffees. It’ll just be nice to keep working in Scalini’s in Belfast and also Starbucks as well, because they are both really good employers.

“Probably this will open those doors for me down the line, it will be very busy. Let’s hope so.”