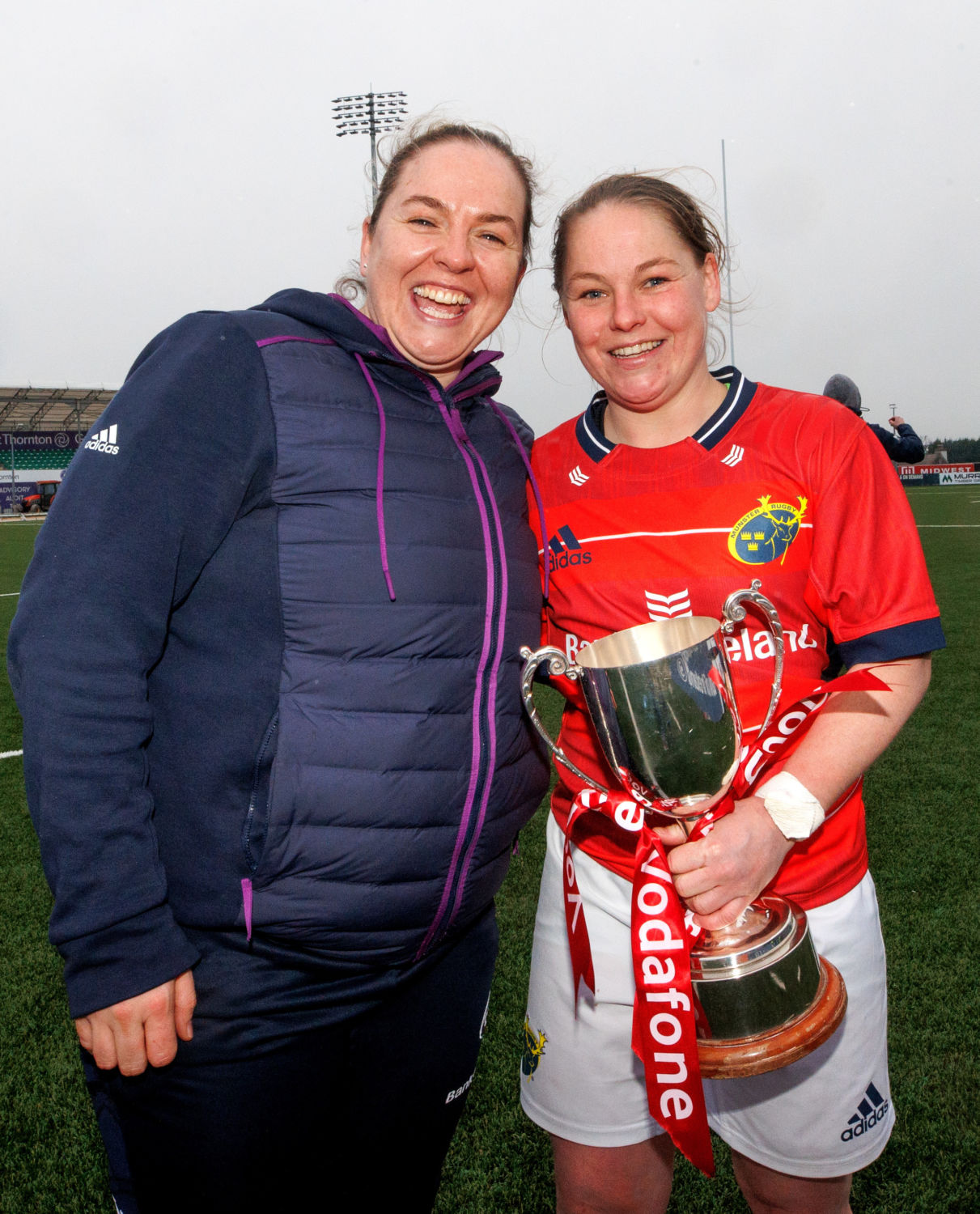 Munster’s head coach, Abbeyside’s Niamh Briggs and Nicole Cronin with the trophy after their Vodafone Rugby Women’s Interprovincial Championship Round Three win over Connacht in the Sportsground, Galway clinched them the championship for the second year in a row. Photo: Inpho/James Crombie.

After victories over Ulster and Leinster at home in Musgrave Park, Niamh Briggs’ Munster travelled to Galway on Saturday knowing that victory over Connacht would see them retain their Vodafone Women’s Interprovincial Championship for the first time since 2015 and they didn’t disappoint.
With their all-international back-row in devastating form, again, Munster rampaged to a 50-24 win that saw them crowned as deserving champions with all three wins coming with bons point hauls.
One of Ireland’s greatest ever performers as a player, this was Abbeyside native Niamh Briggs’ first year in charge of Munster, she’s also Ireland’s assistant coach and is a campaign that will long live in the memory.

‘REALLY ENJOYABLE CAMPAIGN’
Speaking at the Sportsground after Saturday’s win, Briggs said, “The brand of rugby that we wanted to play, we wanted to be brave and courageous and test our skills. I think we did that and everybody stood up to the plate exceptionally well.
“What we wanted to do is have a notable difference in terms of the pace and the intensity from club, and I thought we pushed that really, really well.
“It’s not always perfect, it’s never going to be, but I just thought it was a real good squad collective.
“I’m incredibly proud of the whole group, not just the players that were playing today but the effort over the last few weeks,” she added.
“It’s been a really enjoyable campaign. We’ve squeezed a lot into a very short space of time, and I’m just delighted that the girls got their reward today.”
Well done Niamh and of course all the Munster players and management.

The Munster team celebrate in Galway.