“It’s not acceptable to be here today” 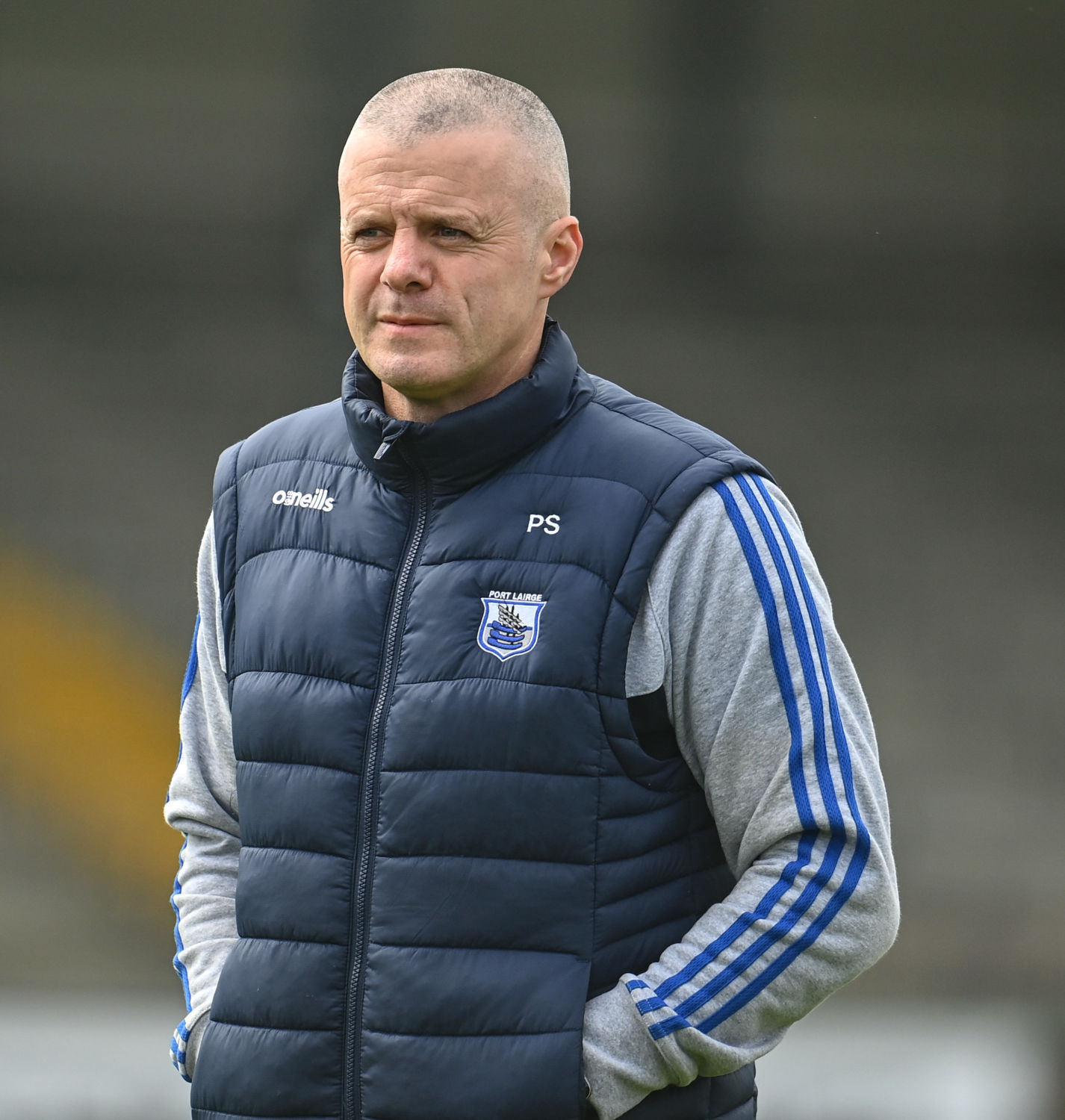 Waterford ladies boss Pat Sullivan thanked the Piltown club for hosting Sunday’s game against Kerry. He is annoyed however that his team can’t play their home games inside the county.
“That’s disappointing for us. It’s disappointing that we can’t play in Fraher Field or WIT. We just don’t have the availability. We’re told it’s not available to us due to the men’s side of the game. That’s a bridge that needs to be crossed in the coming weeks and the coming years. It’s not acceptable to be here today. We are very, very lucky and we can’t thank Piltown enough for the way they’ve helped us out and the way they’ve treated us today. The way the venue was set up for the game, it was absolutely super. Without them, we’d probably be in Kerry today playing Kerry and giving up home advantage.”
Their next home match against Cork on Sunday will also be staged at the Kilkenny venue. “Unless something opens for us this week, it looks like we’re going to be back here. We’re hoping to be back in Dungarvan on the fifth or sixth of February when we play Mayo. In the next seven days, it looks like that Piltown is all that’s available to us and we’re very lucky to have it.”
Sullivan and his backroom team spent 30 minutes talking with the players after Sunday’s one-point loss. A game they should have won in his view. “We’re all disappointed but overall we have to take a lot of positives out of today. We know we left this game behind. I don’t think Kerry beat us by any means but at the end of the day, they’re going home with three points and we’re not. The first ten minutes of the game absolutely killed us. 1-3 down and then we started playing football. We absolutely owned the game from there. Fitness wise we were super. Overall, we were the better team but didn’t get the three points.”
Déise number six Emma Murray was the standout performer with three points from play. A player Sullivan knows all about. “I’ve been very lucky. 2012 was my first time getting involved with Waterford and Emma Murray was playing with me at Under 14. She is one of the best players I’m so lucky to have. Today, she showed her leadership on the field, her ability and her drive. We all look up to Emma Murray. We need to step up and do what Emma did for the whole 60 minutes today. If we can get that performance next week, we’ll be bang in with a shot.”

‘NEED TO BE MORE CLINICAL’
Sullivan’s side have issues to sort before Cork come to Piltown. “We just need to be more clinical. We got some chances in the second half that we didn’t take. We got turned over in vital areas. We need to make sure on Sunday, when we’re back here, that the chances we get, we’re clinical and not to carry the ball into trouble and not to carry the ball and get turned over. At this level, when you get turned over, you’re going to get punished. Teams attack you down the middle at pace. We got caught for 1-2 or 1-3 because of that.”

See this week’s Waterford News & Star for a full report on this game. 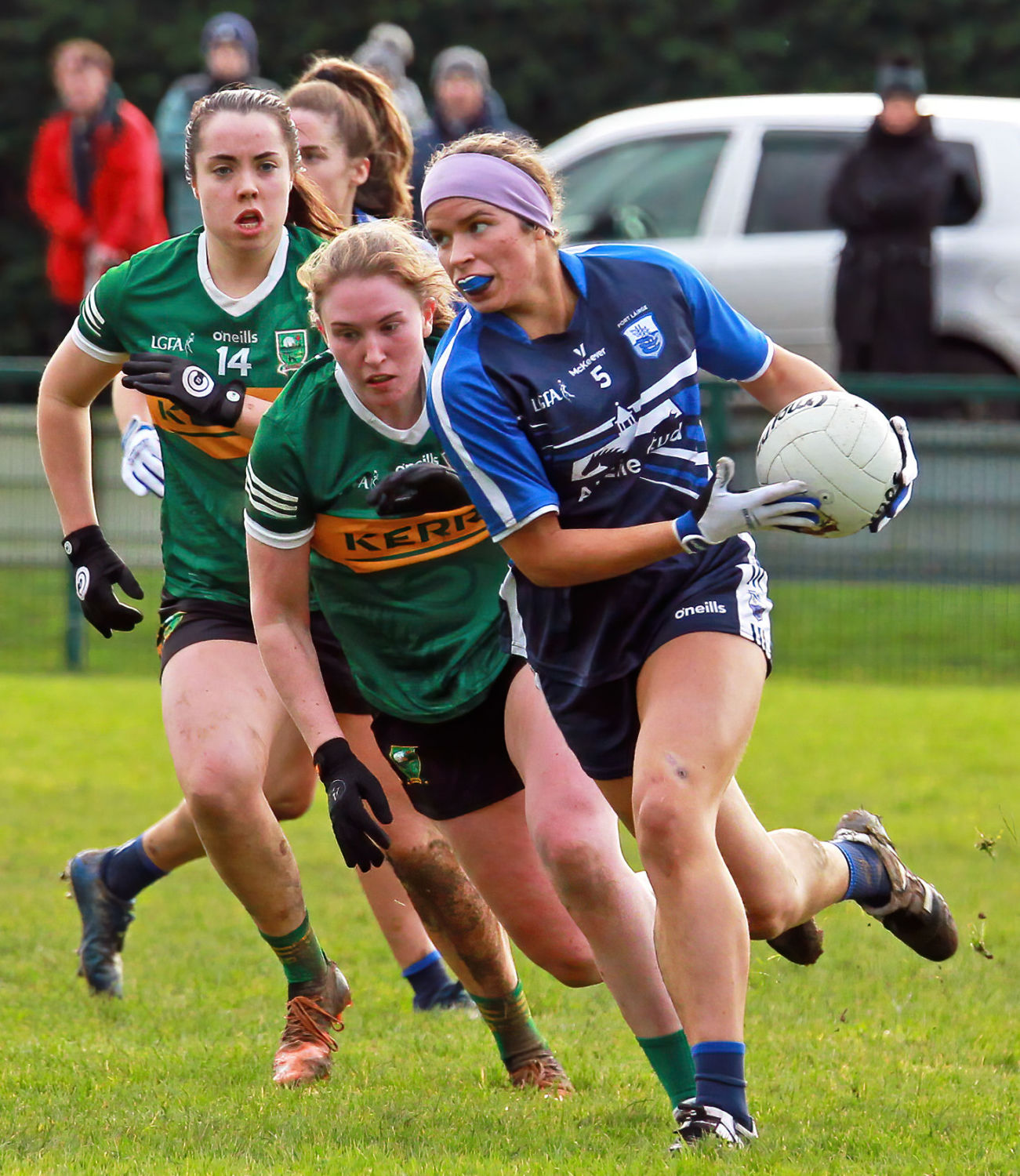 Waterford’s Eve Power bringing the ball out of defence during Sunday’s league clash with Kerry in Piltown. Photo: Eddie Dee.