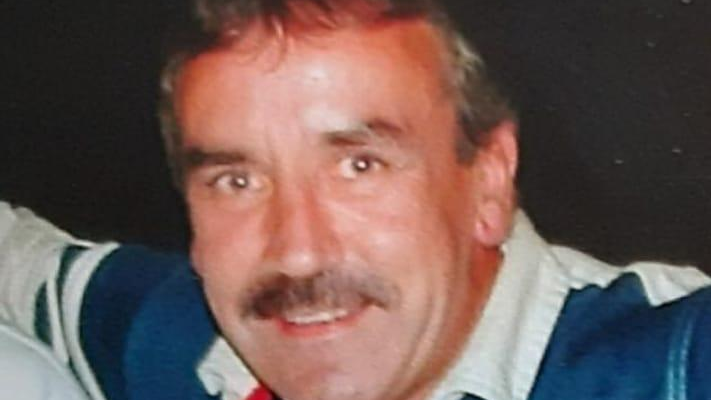 The popular Albert Burke, who died on January 9.

There was extreme sadness throughout the county and well beyond when news was received on January 9 of the sudden passing of Albert Burke, The Folly, Waterford and formerly of Touraneena and Abbeyside.

Albert was known to his family and friends as a larger than life character who lived life to its fullest and he loved nothing more than a good laugh and a bit of banter with friends.

Albert loved Waterford GAA, the Blues, Munster Rugby and Ireland with a passion; he had many talents and his list of sporting achievements are multitudinous.

In 1973, Albert won the first of his many county titles when he became an Under-18 sprint county gold medalist.

Albert played a starring role during the golden era of Sliabh gCua/St Mary’s GAA Club, winning county hurling titles with them in 1978, 1980 and in 1983. In 1981, Albert won a senior football county title with Ballinacourty, confirming his dual star status.

Halfway through the 80s, Albert was heading back down the R671 to Kilrossanty where he won his second senior football medal in 1985. Albert then had a spell with Portlaw where he won a Sargent Cup senior hurling medal in 1987/88 before moving to Waterford where he began plying his trade with Roanmore.

With Roanmore, Albert went on to win two senior hurling titles in 1989 and 1990 and a Man of the Match award to boot. He would then go on to hurl in the blue and white colours of his beloved Waterford. This was an immensely proud moment for Albert and all his family.

Albert became synonymous with Roanmore and he had a genuine love for the club and the many lifelong friends that he made there. Albert coached numerous teams in Roanmore throughout the years, which led him to becoming a selector for the Waterford minor hurling team. He also guided Erin’s Own to their last Eastern title in 2003 only to fall short in a thrilling County Final against Abbeyside.

Albert was not only synonymous with the GAA but he was heavily involved in the Waterford soccer scene.

Albert played with Dungarvan United and Pike Rovers before settling with the St Joseph’s club in the city, to whom he gave over 30 years of service. As a player he was a colossus; a tough tackling player who played in virtually every position for St Joseph’s.

When Albert hung up his boots he was far from finished. Albert did every job there was to do and he always did it with a smile on his face. He took great pride in how the Saints’ pitch looked on matchday. He was the groundskeeper, physio, coach and committee member. Albert will be sorely missed and will live long in the memory of all at St Joseph’s. Albert also spent two seasons as the hurling trainer/manager of Dunhill GAA Club where once again he gave his usual 100 per cent.

Outside of being an accomplished GAA player, Albert was also an accomplished dancer and was a member of the 1980 Sliabh gCua Senior Scór set dancing team that brought the All-Ireland title back to Sliabh gCua, following in his parents, Ned and Alice’s, footsteps.

That year, he also won a senior Scór figure dancing county championship with Sliabh gCua. Albert had a love of traditional Irish music and he was an excellent banjo player. He was also known to sing a tune or two in his time and was a handy enough player on the badminton court.

In 1999, Albert and his good friend and Roanmore team mate Noelie Crowley embarked on a charity mission for Chernobyl Aid Ireland.

Noelie and Al packed an ambulance full of supplies and drove for 10 days across Europe from Waterford to Belarus. When they arrived in the orphanage in Chernobyl, Albert and Noelie fitted a new kitchen for the staff and children. This would turn out to be such a rewarding experience for Albert and one that he would never forget.

Albert’s will to live and his absolute warrior mentality translated from the pitch to Albert’s personal life and even when his health was not too good or he received unexpected bad news, he was always positive, always ready to take the next challenge head on. He never felt sorry for himself and always had plans made for when he recovered, but unfortunately this was not meant to be.

Guards of honour were provided by the Sliabh gCua Set Club, Sliabh gCua/St Mary’s GAA Club, St Joseph’’s AFC (Waterford) and the Fourmilewater and Roanmore GAA Clubs. It was a fitting tribute to a man who gave so much to so many.

After a beautiful Requiem Mass celebrated by Fr Denmead, it was time for Albert to leave the pitch of life and be brought to his place of rest in the cemetery at St Mary’s in his beloved Sliabh gCua. May Albert rest in peace. Ar dheis Dé go raibh a hanam dílis. [TB]