Waterford’s Women Of The Revolution Brought To Book 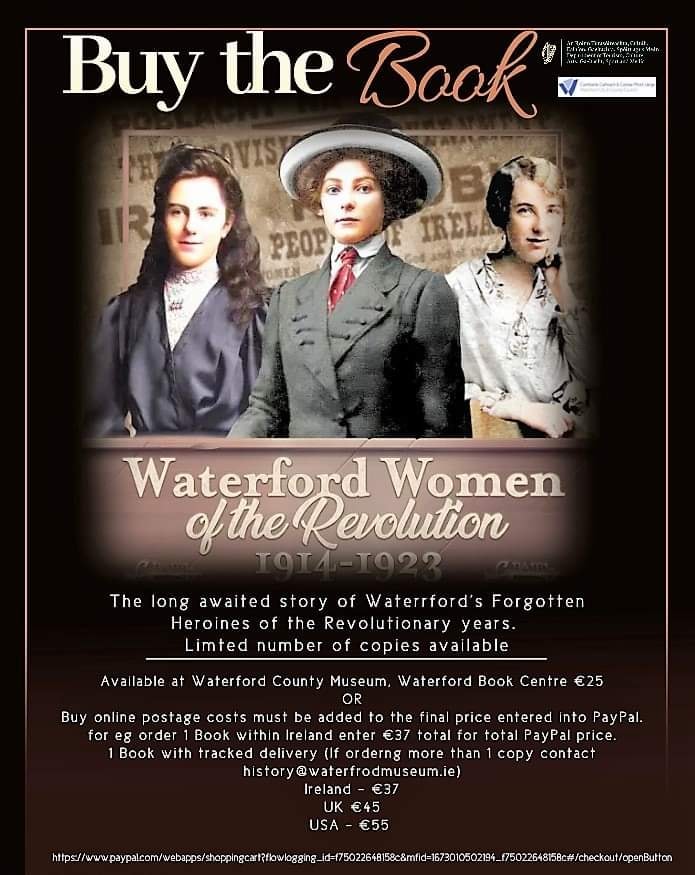 THE early 20th century was a period of intense, conflicting, and contrasting political, social views and ideals. Ideals that were to collide and launch the country from a world war to a determined campaign for Irish independence and eventually a bitter Civil War.

During this period of unrest, many Waterford women grasped the opportunity to become actively involved in the fight for a free and united Ireland.

While we know the stories behind the revolutionary Dublin women involved in this period, we know virtually nothing about Waterford women. In Waterford, more than 600 women were members of Cumann na mBan or working as Intelligence Operatives for their local Volunteer Battalions.

Miss Kathleen Walsh was born in Waterford City (1899) to parents John K and Catherine Walsh. Both Kathleen and her mother were leading members of Cumann na mBan. From a young age, Kathleen’s parents had instilled in her a deep sense of national pride. Her mother Catherine had been a founding member of Waterford City Cumann na mBan in 1914 and involved with Sinn Féin from its establishment.

Catherine Walsh (nee Hawe) was born in East Louisiana Illinois to Irish parents (County Tipperary). During her teenage years her family returned to Ireland, and she completed her education at Glasnevin, Dublin. Kathleen had followed in her mother’s patriotic footsteps joining Cumann na mBan in late 1917, while still attending school.

She was the eldest of eight children, which included seven brothers, James, Martin, Matthew, Edward, Stephen, Jack, and Patrick. The Walsh family lived at 11 George’s Street, where they owned and ran a Grocers/Public House.

Kathleen’s father, a native of Tullogher, County Kilkenny, played a prominent role during the revolutionary years in Waterford as a founding member of Sinn Féin and a member of Waterford Corporation from 1920 to 25.

The family home was a regular meeting for many leading Sinn Féin members on their visits to Waterford including Arthur Griffin, Cathal Brugha, Michael Collins, Eamon De Valera, WT Cosgrave, Pierse Beasley, Sean Milroy and many others.

In 1915, Kathleen’s political interest was further fuelled when she attended a lecture by Padraig Pearse in Waterford City Hall. Kathleen describes how “he stepped forward from the stage and spoke in Irish I was only a schoolgirl at the time and knowledge of Irish limited, but I did understand he was deadly earnest his voice rang with sincerity. I have never since, heard anyone speak with such earnestness. The spirit of nationality was asserting itself in protest against shoneenisim which was rampant at that time. There was something in the air something was about to happen”.

In the early days of her Cumann na mBan membership, she was involved in the usual activities fundraising, meetings, first aid and delivering dispatches. During this time, she also took part in the 1917 ‘lá na mBan’, conscription protests and election campaigns.

Women were also active with organising members at the polling booths and on occasions impersonating voters, whom they knew would not cast their vote. Kathleen recalls working with fellow Cumann na mBan women on election day 1918.

“Both of us got into long skirts and shawls in a house in Patrick Street and set out to vote. I walked straight into our own impersonation officer Tommy Hallahan and asked if this was the place for voting. Yes, mam to be sure he replied and handed me a pencil. When a man walking into the booth overheard my companion giving her name, he said ‘my wife is Mary Byrne’. Discretion being the better part of valour my companion fled.”

Miss Walsh then made her way to the booth on Mayors Walk and then to Ballybricken to cast another vote, before the close of polls. During the War of Independence her role developed, and she began organising branches, sourcing safe houses for volunteers on the run, setting up an intelligence group in the city and the printing and distribution of leaflets.

In 1919, Kathleen was elected Secretary of the City Cumann na mBan branch and the following year was elected Captain of Waterford East District. Throughout her years of involvement, she continued undaunted carrying out her work despite the constant threat to her safety.

During the Tramore Ambush, under the command of Major Seamus McGrath she delivered supplies/food to volunteers and guns/ammunitions were left in her care.

Kathleen stepped aside from Cumann na mBan in 1922 when the organisation pledged their anti-Treaty allegiance. In a letter from Kathleen February 1940 to the Military Pension board, she describes the poor health issues that had plagued her for many years. These, she claimed were because of her involvement with the Cumann na mBan.

Despite her dedicated contribution over these years, Kathleen like a few prominent Waterford women was initially refused a military pension but continued to fight for this right until 1954.

An appeal of this decision was accompanied by numerous letters of commendation from prominent and public figures and a partial pension was eventually awarded.  This gave some recognition of her dedicated role over those turbulent years in Waterford. Kathleen Walsh died on September 5, 1967, aged 69 years.

To read more about Kathleen and many more revolutionary Waterford women, you can buy your copy of Waterford Women of the Revolution 1914-1923 from The Book Centre (Waterford), David Walsh’s Book shop (Dungarvan), Lismore Heritage Centre and Waterford County Museum ([email protected]).

The new and exciting 430-page publication details the fascinating stories of Waterford women through their personal accounts, diaries, witness statements and family accounts. Funded by the Department of Tourism, Culture, Arts, Gaeltacht, Sports and Media under the Decade of Centenaries – History Ireland 2012-2023 initiatives and Waterford City & County Council Commemorations Committee. 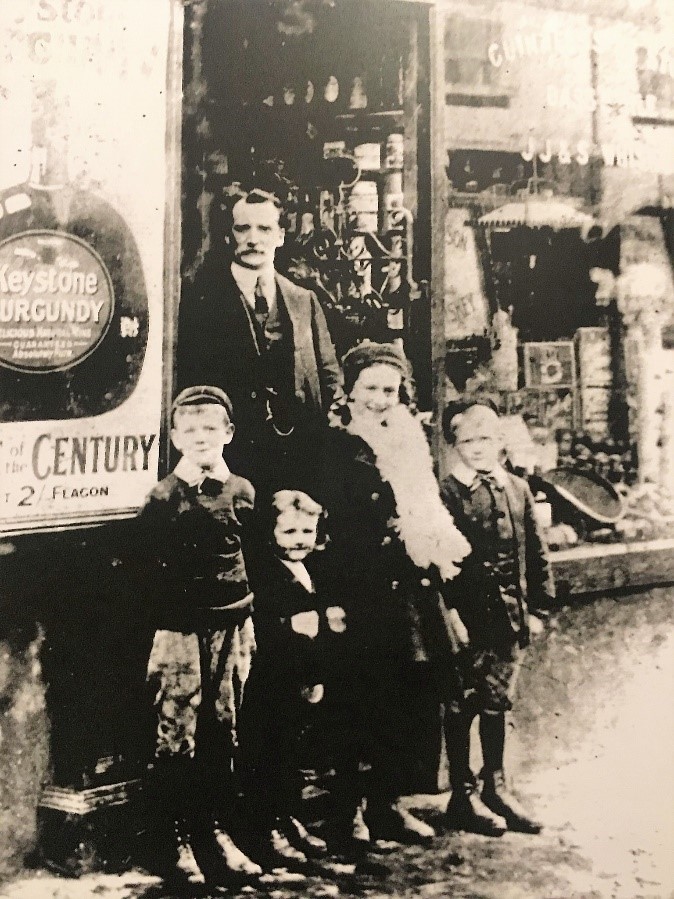 JK Walsh with his children Martin, Stephen, Kathleen, Matthew outside their family business, George’s Street circa 1913.