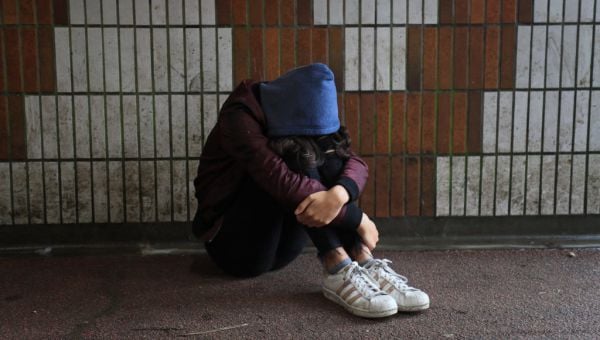 The response of the Government to a UN committee on what it plans to do to improve mental health services for children has been branded as “disappointing”.

Groups representing children and mental health advocates gathered at the Office of the Children’s Ombudsman on Wednesday to watch a live-screening of Minister for Children Roderic O’Gorman’s address a UN committee in Geneva.

The UN Committee on the Rights of the Child asked questions of Mr O’Gorman and officials over two days about issues that affect Irish children, including the findings of an interim report into the Child and Adolescent Mental Health Service (Camhs).

The Mental Health Commission’s report found a disjointed service, with acceptance rates of referrals to acute mental health services varying between 38 per cent and 81 per cent.

It also found that some teams were not monitoring children taking antipsychotic medication, that most services had no IT system to manage appointments, and there was no ring-fenced funding for child mental health services.

Addressing a question from a member of the UN committee about whether admissions of children to adult mental health units would be reduced to zero, an official said this is only ever done “as a last resort”.

“The vast majority of child admissions to adult units are for children in the 16 to 17-year age bracket,” the official from the Department of Health said.

“Importantly, admission to an adult unit may be more appropriate for the individual and to avoid any impact on younger children in Camhs inpatient units.

“As such, and with respect to take in due consideration of the clinical needs of the child and the services they require, it may not be the case that Ireland will reach a point where there are absolutely no children using adult facilities.”

Ber Grogan, of the Mental Health Reform umbrella group, told the PA news agency: “The biggest takeaway from today is that we’re disappointed with the lack of ambition around the Government’s plans, particularly when we’re talking about still admitting children to adult mental health units.”

She said that when children under 18 are admitted to adult mental health units, “there’s automatically 0 per cent compliance with Mental Health Commission’s regulations and rules around inpatient mental health”.

“Why are we saying that it’s OK to do something that’s a contravention of children’s human rights?

“With the reform of the Mental Health Bill that’s happening, we have an opportunity to prohibit that practice. And to make sure under-18s or even the cohort up to 21 or 23, are actually receiving the care and the support that they need from the trained professionals who are trained to deal with under-age teens as well or with young people.

“So that’s a big disappointment today.”

Nuala Ward, director of investigations for the Ombudsman for Children’s Office, told PA she was also disappointed with the state’s response to mental health issues.

“The Minister, I think, spoke very well. And in fairness to the State, they obviously take the UN engagement very seriously because they sent quite a large delegation of officials over – across education, across health, and of course, led by the Minister.

“But of course, today is only one day, we will be following up proactively – that can’t go away.”

On Thursday evening, a number of children and mental health advocates gathered at Leinster House to hear Minister for Health Stephen Donnelly address questions in the Dáil about the report on Camhs.

Among the groups which sent representatives was the Irish Society for the Prevention of Cruelty to Children (ISPCC), the Children’s Rights Alliance, mental health charities Shine and A Lust for Life, ADHD Ireland and LGBT youth group BeLonG To.

That’s a wrap at the UN for our hearing under the UN Convention on the Rights of the Child.

Huge thank you to the Committee and Ireland’s civil society groups for all their constructive engagement.#UNCRC pic.twitter.com/qX3MLurmo9

ISPCC chief executive John Church said: “The UN Committee on the Rights of the Child’s state examination of Ireland highlighted many challenges for children in Ireland presently, including that of mental health.

“The State’s response to the committee’s questions on mental health and the report of the Mental Health Commission fell somewhat short of acknowledging the very real crisis in which our child and adolescent mental health service is in. And indeed, the very real harm that has been caused to children availing of that service, with some being ‘lost’ in the system.

“It is welcome that Minister O’Gorman stated that he recognises that Ireland needs to do more to fully realise the rights of children in many areas.”

Mr Church also asked Mr O’Gorman to “champion” a recommendation that a Youth Mental Health Pathfinder Project should be launched in schools.

“There can be no further delay if we are to truly recognise the health rights of children and young people and to employ best efforts to have a world-class mental health service,” he said.