Teachers in Northern Ireland set to strike over pay award 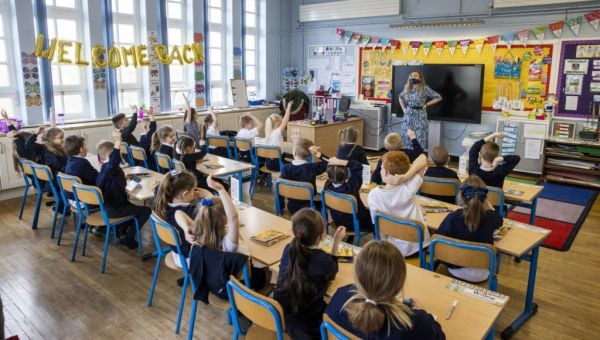 Teachers in Northern Ireland are set to take part in strike action next month.

The NASUWT and INTO unions have confirmed their members will take part in a half-day strike on the morning of February 21st over pay.

Dr Patrick Roach, NASUWT general secretary, said its members started action short of strike last May, which they have escalated twice since then.

“The union has now announced a half day of strike in furtherance of our campaign for a Better Deal for Teachers,” he said.

“We have been left with no choice but to take strike action as a result of the failure of the education employers to offer any improvement on the miserly two-year proposal made last February.

“At a time when teachers are facing the biggest squeeze on their finances in a generation, offering what amounts to a further real-terms pay cut is simply not good enough.”

“Our members are not prepared to stand by while their pay dwindles and their living costs rise.”

“The Department of Education and employers must bring forward a substantially improved pay offer if they want to see an end to this dispute.”

Gerry Murphy, northern secretary for INTO, said teachers have since “endured a continual erosion of the real value of their pay which has, in fact, amounted to a 20 per cent pay cut”.

“This simply cannot continue. Our members rightly expect that their pay and conditions should not, especially during a cost-of-living crisis, be further eroded,” he said.

“Their pay should not only keep pace with the double figure inflation rate but must reflect our members’ contribution to society.

“The Department of Education needs to wake up and see that this reduction of pay has led to a crisis in recruitment and retention in education.

“More teachers and school leaders are leaving the profession and with the serious underfunding in education, employers are struggling to replace them.”

Meanwhile, university workers are also set to strike next month.

The University and Colleges Union (UCU) has announced 18 dates for strike action over pay, working conditions and pension cuts.

The first date of strike action is February 1st, with more dates to follow across February and March in what the UCU say will be the biggest series of strikes ever to hit UK university campuses.