Video: Mother speaks out after inquest into Waterford baby’s death 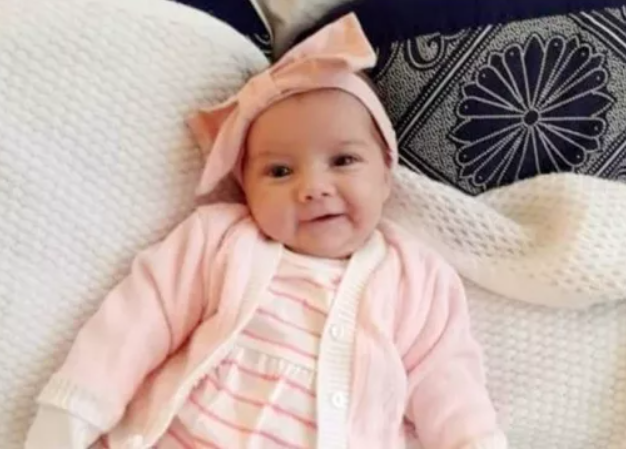 The late baby Mia O’Connell, who tragically died in a dog attack.

THE mauling to death of a four-month-old baby girl by a jealous family pet has highlighted the need for extreme vigilance of dogs in the home, a coroner has said.

The family of Mia O’Connell has called for new laws and stricter checks on the rehoming process for rescue dogs, following the inquest into Mia’s death in Waterford in 2021.

“This dog was a small terrier — there was no indication that he was vicious,” Mia’s aunt, Heidi O’Connell, said outside Cork City Coroner’s Court yesterday.

“There were some concerns but never in a million years would you think something like this would happen to you or to your family.”

Cork City Coroner Philip Comyn, who owns two dogs, said he fully appreciates the wonderful sense of companionship they give, but he hopes lessons can be learned from the tragedy.

“At the end of the day, dogs are still animals and can still be unpredictable,” he said. “This is especially so when a dog’s position in the family home is displaced by the arrival of a newcomer, in this case, baby Mia.

“Extreme vigilance is required in such circumstances and particularly, as we’ve heard, where the dog indicated that it was very unhappy and indeed had snapped at Mia when Mia first arrived home from the hospital.”

The inquest heard how baby Mia and her mother, Ella Woods, had been living with Nóirín O’Connell, and her husband, Barry Dillon, the parents of Mia’s dad, Rhys O’Connell, in a terraced house at St Mochua’s Terrace in Clashmore.

In her deposition, Pauline Doyle, the woman who arranged the rehoming, said the animal had been put up for rehoming because it would not hunt. She said it had not been assessed for temperament and she said she warned Mr Dillon not to put it around children.

Mr Comyn was told the dog snapped at Mia when she was brought home to the house shortly after her birth.

Ms O’Connell said she had “big concerns” about the dog and pleaded with Mr Dillon to get rid of it.

“I hated that dog,” she said. “It was never in the house when I was there.”

In her deposition, mum Ella said she loved animals but also had concerns about the “anxious” dog.

The inquest heard how Ella put her daughter to bed at around 9.30pm on June 6, 2021, and was downstairs having drinks with her sister, Emily, who screamed after checking on the children upstairs.

She found Mia lying on the floor with severe head injuries, and the dog standing nearby with blood on its face.

Ms O’Connell began CPR and screamed at Mr Dillon to call an ambulance.

They said it took 50 minutes to arrive.

Garda Michelle Meehan said gardaí were alerted to the incident just after 1am and arrived at the house at 1.15am where she began CPR on the baby before paramedics arrived later.

Mia was rushed by ambulance under garda escort to Cork University Hospital, where she was pronounced dead at about 3am.

The dog was destroyed the following day.

Assistant State Pathologist Margot Bolster said the cause of death was severe traumatic brain injury consistent with an animal attack. She said Mia would not have suffered.

Mr Comyn recorded a verdict of misadventure and said opportunities had been missed to deal with a dog that was unhappy around a baby.

“This dog should not have been around children,” he said.

Speaking outside court, Ms O’Connell urged people to think carefully about bringing a dog into their home.

“At the end of the day, a dog is an animal,” she said. “You can’t predict what’s going to happen.”

She also paid an emotional tribute to her niece, calling her an “angel of a baby”.

“She was always smiling from the day she was born,” she said. “Nothing will ever be the same without her again.”