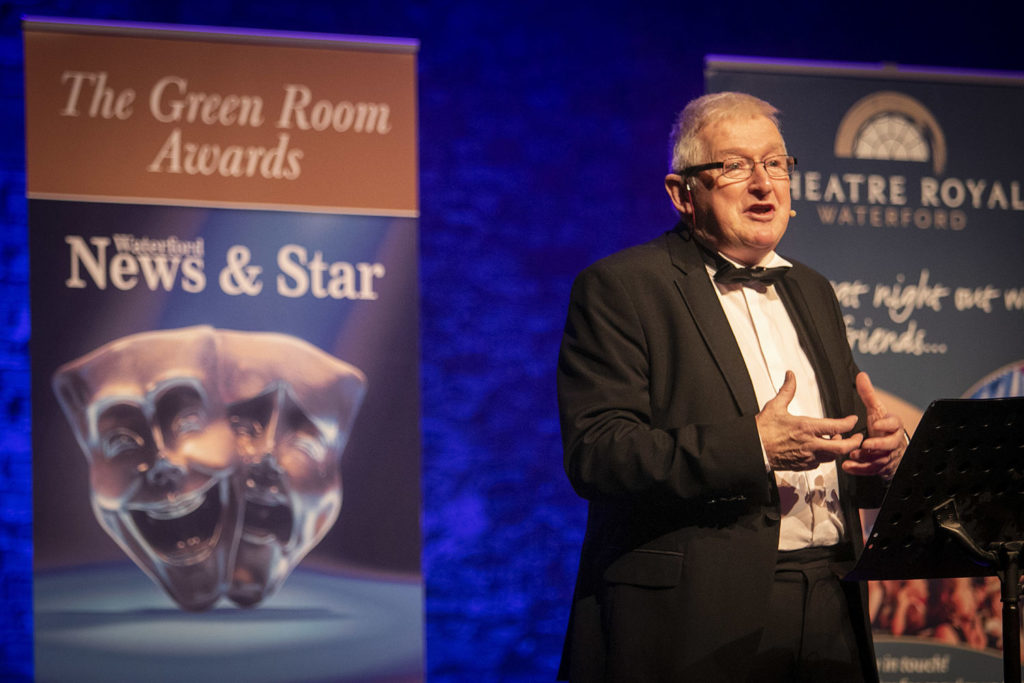 Pat McEvoy, Arts correspondent with the Waterford News & Star has been taking his seat in theatres and auditoriums across Waterford, critiquing and supporting the work of the Déise’s amateur and professional performers. 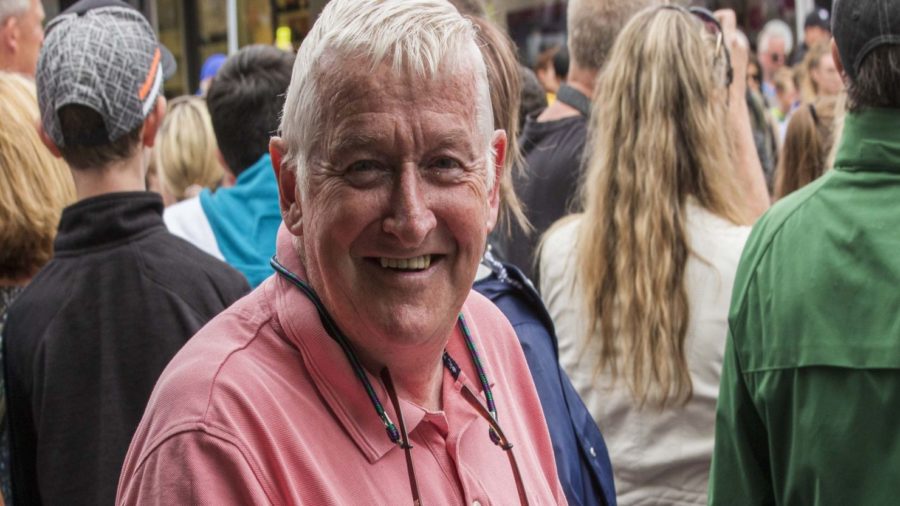 The Waterford News & Star Green Room Awards 2023 will feature a spectacular variety show by the crème de la crème of Waterford talent as we honour those who make it not just alright on the night but send us home with soaring hearts and memories to treasure.

“There is really no substitute for a live performance. It isn’t always good; but when it is, it’s magical” – Pat McEvoy

And the Nominees are…

Nominees for the Green Room Awards were revealed in the Waterford News & Star print edition on Tuesday, January 31st, 2023, and can be viewed online via this link: And the nominees are…

TICKETS GO ON SALE THROUGH THE THEATRE ROYAL BOX OFFICE ON WEDNESDAY, FEBRUARY 1st, FOR NOMINEES, AND FOR THE GENERAL PUBLIC FROM SATURDAY, FEBRUARY 4th 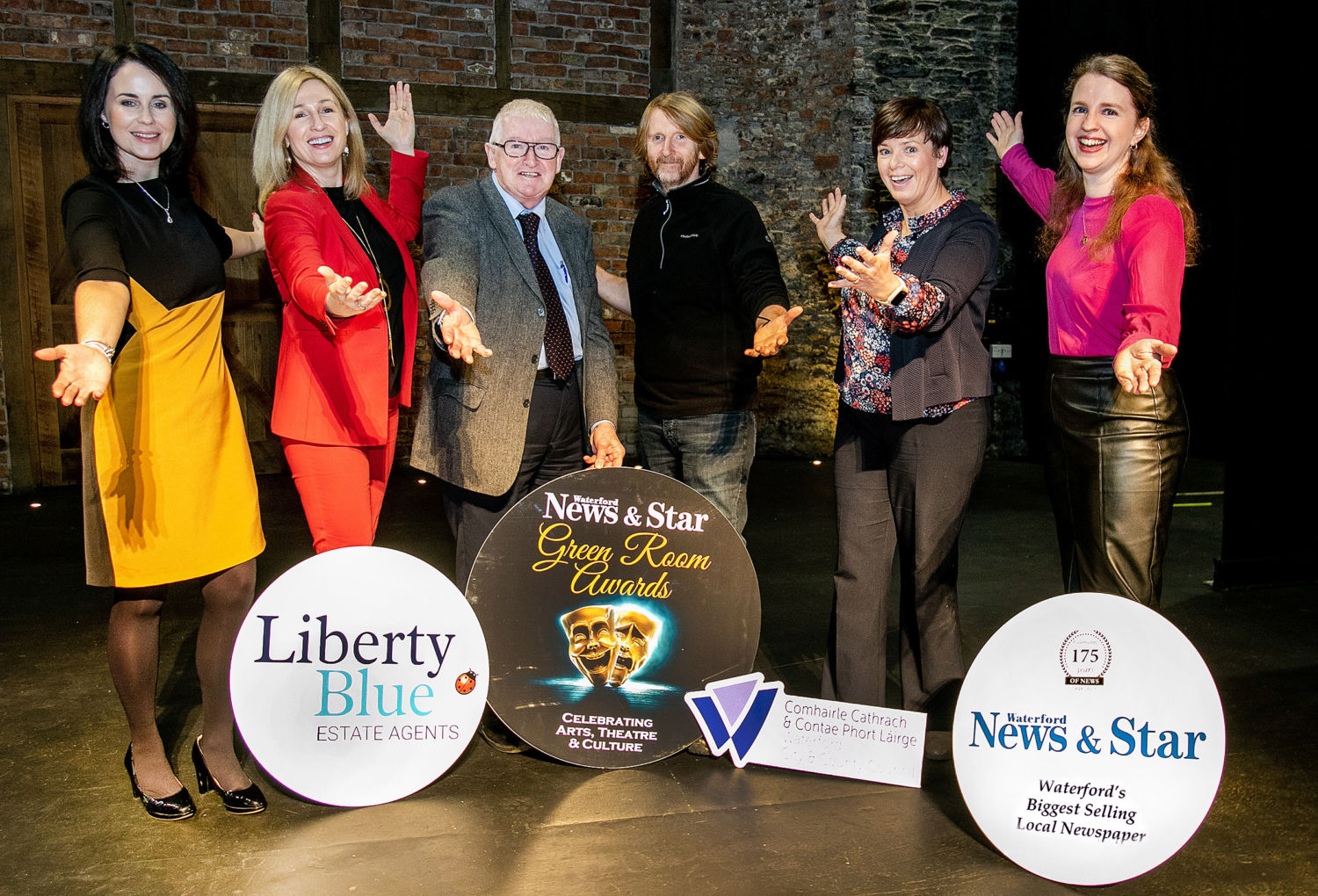 Pat has reviewed more than 100 shows and events, with these performances seen by thousands of Waterford people who have packed out the Theatre Royal, Garter Lane Theatre, and theatres in Dungarvan, Carrick-on-Suir, Portlaw, and beyond. The scope of the awards encompasses musicals, drama, comedy, choral, panto, and much more, and all the roles therein. They are as much about community as they are about the arts, reflecting how deeply embedded amateur theatre and performance is in Waterford.

There are over 30 awards covering hundreds of performances and roles, with upwards of 130 nominees – including entire drama and musical theatre companies, and large scale performances.

We are also presenting an adjudicated Lifetime Achievement Award, as well as a People’s Choice Award, chosen by the public from an adjudicated Waterford Theatre/ Entertainment/Arts/ Culture Group shortlist (voting form will appear on this web page in February). Our adjudication panel for these two awards are representatives of Waterford theatre and arts, and Waterford media personnel, with in depth knowledge of the vibrant Waterford arts and culture scene in our city and county. They include Pat McEvoy, Waterford News & Star Arts Correspondent, Mary Frances Ryan, Editor, Waterford News & Star, Geoff Harris, presenter of WLR FM’s On The Fringe arts and culture show and The Lunchbox, Michael Grant, board member of Garter Lane Arts Centre, and member of the Waterford Cultural Quarter committee, and Sarah Jane Cleary, Director, Imagine Arts Festival 2022, and Creative Spirit Ambassador for the Cultural Quarter.

Shortlist for The People’s Choice Award:

(to be decided by public vote)

VOTING IN THE PEOPLE’S CHOICE AWARD WILL OPEN IN FEBRUARY

The objective of the Waterford News & Star Green Room Awards Bursary is to support individuals in their endeavours in Arts and Theatre. The bursary is available to people at any stage of their career to develop their practice.

The bursary emphasises the value and benefit to a person’s development derived from an extended process of engagement with their practice, and seeks to provide the successful candidate with the time and resources to think, research, reflect and engage with their practice. The bursary will be given to someone who might not otherwise have the funds to achieve his or her potential.

Who can apply? The bursary award is open to people with an involvement in the arts and/or theatre at any stage in their career. To be eligible to apply, applicants must be: A person from, or living in, Waterford City or County, or having an association with Waterford, to develop his or her creative talent; and applying with a view to further developing or kick-starting their career in the field of the Arts and Theatre.

Each application will be judged by an adjudication panel. The recipient will be publicly announced and presented with the bursary at the Waterford News & Star Green Room Awards 2023, which will be held in the Theatre Royal on February 26th, 2023 at 8pm.

In order to apply, download the application form and bursary guidelines and terms and conditions, and send the completed application form, together with your CV, to the Waterford News & Star. The closing date for applications is Tuesday, February 14, 2023 at 5pm. For further information, email the Editor at [email protected]

Guidelines for applications 🔗are available here as a Word document,
and 🔗the application form can be found here.

While the Tops of the Town might be long gone, the love of theatre is alive and thriving in Waterford. Hundreds of Waterford people continue to participate in local theatre and the arts, supported by their families and friends. They come from all walks of life and business.

Waterford City & County Council are supporting the Green Room Awards 2023 as a way of celebrating the theatre, arts and culture in Waterford city and county and highlighting the quality and diversity of talent in our city and county.

Thin Gin, a multi-award winning gin from a Waterford company. The only Irish gin to have won three consecutive medals in the gin category of the Irish Whiskey Awards, this Waterford-based botanical liquor from Anchor Spirits holds 10 national and international medals for taste and quality.

Waterford Chamber Waterford’s largest business representative organisation is proud to support the Green Room Awards. The cultural offering in our city is exceptional and as a chamber, we endeavour to promote Waterford as a great place to live, work, invest in and do business. The magnificent Theatre Royal is steeped in history and the nominees follow in the footsteps of some of the world’s greatest performers. They truly are an asset to our city and we commend them for their commitment and professionalism to the arts. It is an integral part of the lifestyle offering in Waterford, which we at the Chamber are so proud to promote nationally and internationally.

Crystal Valley Tech is a not for profit organization set up in 2017 to promote tech in the Southeast. Comprised of Founders and CEOs in addition to the former President of WIT Professor Willie Donnelly, CVT is a voice for the 120 plus Tech Firms of the Southeast. The organization headed up by CEO Elaine Fennelly has a simple objective – to make the Southeast the location of choice for ICT firms and professionals. The company’s pillars are Promotion, Recruitment and Education and in the two years since being set up it has made huge progress.

ArcLabs Waterford Institute of Technology’s Research and Innovation Centre, is delighted to support the Green Room Awards, celebrating the Arts in Waterford. In 2019, the Art at ArcLabs initiative was launched, using this innovation space on WIT’s West Campus to showcase the work of local artists.

The idea back in 1993 was simply to have some fun and perhaps a little madness on a Summer Sunday. This initial idea materialised as a one-day event held on the streets of Waterford City. It was so successful that an idea grew; perhaps it could become an annual summer festival in Waterford? Thus began it all. And what has since developed is one of Ireland’s leading street arts companies: Spraoi The August Bank Holiday Spraoi Festival attracts an over 100,000 people to Waterford City.

The Art Hand is a family run business, with classes and events run by professional artists Miranda and Sean Corcoran. They also produce and sell their own paintings, mosaics, stained glass and sand art prints. The Art Hand is a custom-built art school located near Bunmahon on the Waterford coast in Ireland. They are situated in an area of great natural beauty called The Copper Coast that is designated by UNESCO as a Global Geopark.